Operating Under the Influence

Posted By: Cleo Brown in Facing Race Together ,

Over the years, I have discovered certain truths about people and leadership.

One of the most valuable lessons I learned came from an eighth-grade experience when the schools in my hometown were being integrated for the first time in 1967.

My father, the activist, was one of a few parents to sign his children up to transfer to the “white” school. He felt that access to a school with different choices in courses, a huge library, science laboratories, an auditorium, and up-to-date text books would result in a higher quality education. After all, the state allocated funding by student and since most of the town was African American but most of the funding was going to the white school, he deduced that his children should be where his children’s money was being spent.

We were not welcome at our new school.

The school offered many new opportunities, but it lacked the two things most necessary for learning - acceptance and high expectations. The Jim Crow legal system under which we lived had trained both white adults and children to believe we were inferior to them, academically and morally.

There were many fights and racial verbal abuse by our new teachers and classmates, yet, in the midst of the tension, I had a place of safety. In my homeroom, things felt different.

Our new white teacher treated her few new African American students with respect. She did not appear to differentiate between her students, nor talk down to us. My new classmates took their cue from the adult in the room and followed her lead.

Unfortunately, my teacher was pregnant and at the end of the first semester, she went on extended maternity leave. A new teacher took her place who obviously did not want us there and who did not accept our equality, and she treated us accordingly. I watched the same children, who had not exhibited open distaste for their new African American classmates, take on different personalities. They began to mirror their new teacher’s behavior and attitude, and my classroom was no longer a place of safety.

This experience served as my first powerful lesson on how much people are influenced by the person in charge.  The same people can behave so differently when their leaders change. Throughout history, we have seen this illustrated.

We saw President Roosevelt convince a country they could recover from a Depression. We saw President Johnson, a southerner and a Texan who took office after the assassination of President Kennedy, change how the south and southern Congressmen would deal with the legal inhumane treatment of African Americans.

We have read in history how Ernst Rudin, just an advisor to Hitler, applied theories he had learned from an American eugenicist and how he convinced others of the need to exterminate Germany’s “undesirables”. These “undesirables” deemed as unworthy of being alive, had only a few years before lived peaceably with neighbors who now murdered them.

We now see another advisor to power strategically moving a country toward more and more exclusionary policies.

We have witnessed in times past a peaceful crowd transform into a lynch mob based on the emotion-driven words of a leader or a newscaster, or a writer for the Associated Press transform public opinion for a whole country.

A leader sets the tone.

We are constantly influencing others and being influenced.  As leaders in our homes, workplaces, organizations, and government, we set the tone for everyone under our influence—how others are treated, perceived, promoted or rejected, even how children learn to love or hate learning.   When we make policy decisions and control dollars, what we think and do has the power to override who people actually are.

Often we are too busy with life to stop to consider the long-term impact of the people who influence us most at work or in politics or within our social circles.

Are your leaders, friends, or even your media preferences taking you to higher heights, or, to places you should not go?

Leaders, who or what are you holding back through your leadership?

Followers, where are you being taken?

We are all under the influence of something or someone, so we must choose wisely who or what that will be.

As divisions in the country continue to increase at an alarming rate, we can become the positive influence that people around us so desperately need. 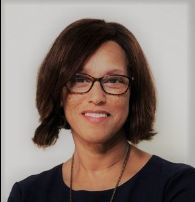 The Self-Sufficiency Standard for South Carolina 2020October 25, 2020 Getting your PPP Loan Forgiven!October 10, 2020