Posted By: GP McLeer in Speaking Together ,

On the evening of November 3, most of us were glued to the television watching as election results trickled in from around the country - most of us going to bed wondering mostly what the top of the ticket would look like in the morning, and as it turned out, in the coming weeks.

For those of us who are part of Together SC’s Advocacy Allies, a coalition of nonprofits who work in primarily state-level advocacy and help Together SC fine tune their own strategy, we weren’t just glued to the TV and computer screen because of the top of the ticket.

By this point in time - early December, I’ll assume that you know who is President-elect. I’ll assume you know who won your Congressional race. Today, I wanted to bring you three key takeaways that topped my list post-election in an effort to highlight how election data can help paint a path forward for the charitable sector in 2021.

While most eyes were on the White House and Congress - and still focused on the Senate (and Georgia) - every Legislator was up for re-election at the SC Statehouse this year. That’s 124 seats in the House, 46 seats in the Senate - every one of them up for grabs.

Only six states allow for straight-party tickets, and South Carolina is one of them. The majority of voters in SC voted straight party.

Why it matters: South Carolina saw, as one news outlet called it, a “Red Surge”, largely due to straight party ticket voting. The SC House and SC Senate each saw seats flip to Republicans. The impact of the top of the ticket, the Presidential race, looks to have played a huge role in down ballot races, more so than some may have predicted.

SC Senators serve on numerous committees, but each of them serve on either Judiciary or Finance. The freshmen get Judiciary, and those with seniority get Finance, the committee that sets the Senate version of the budget and anything dealing with money - a powerful committee.

Six seats have opened up on Senate Finance after the election. Some due to retirements, some due to election night losses. With the Republicans netting three (3) new Senate seats in total, look for some Republican Senators to get a promotion  and make the move from Judiciary to Finance. A Democrat or two may get one of the six openings on Finance, but Republicans will occupy most of them. 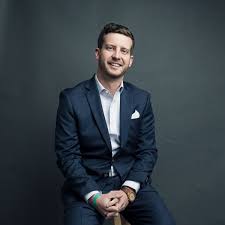 SC Association for Volunteer Administration to become Together SC Peer NetworkDecember 17, 2020 Finding Gratitude in Being Valued and HeardNovember 23, 2020