Skip to content
Together SC's phone system is being transferred to a new carrier this week, so if you are unable to reach a Together SC staff member please use our contact form, or email the staff member you are trying to reach.

Removing Our Blinders: Change Agents in the Rural South

Views from Different Sides of the Tracks 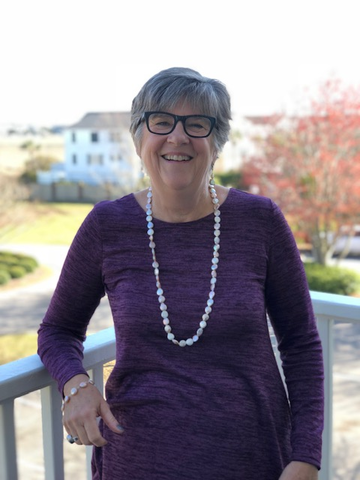 Geales is the founding Executive Director of the Frances P. Bunnelle Foundation, a place-based foundation established in 2000 with a mission to improve the quality of life for Georgetown County, SC residents.  As the primary funder in a relatively small, rural community (63,000), our work involves much more than grantmaking.  We work with nonprofits and government entities striving to improve Georgetown County, SC on many levels including building capacity and fostering collaboration both regionally and locally. Creating opportunity is a focal point of our giving in work we call Education to Career. Since its inception, the Foundation has invested $30M in Georgetown County.  Geales received her BA from Louisiana State University in Baton Rouge. She is married to John and they are the proud parents of two smart, funny, compassionate, daughters who both work in the nonprofit field, one in philanthropy and the other in land conservation. 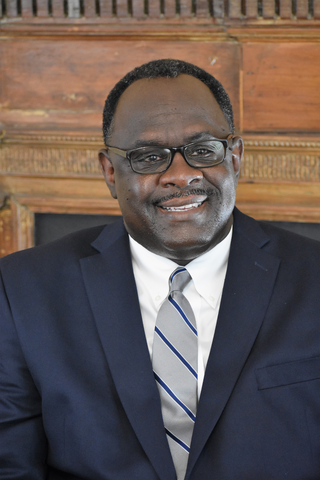 Ray grew up in Georgetown County, leaving to pursue his undergraduate Civil Engineering Technology degree at Savannah State University. He remained in Atlanta for more than a decade to hone his technical and managerial skills. In the early 1990s, an opportunity arose for Ray to return to his hometown and serve the community he felt indebted to for his early character formation. He accepted the position of Plans Examiner and advanced to Public Works Manager in less than two years.

In 2002, Ray was promoted to the position he holds today: Director of Public Services. In this position he is fiscally, operationally, and managerially responsible for seven major divisions: the Georgetown County Airport, Public Works, Engineering/Capital Projects, Stormwater, Environmental Services, Fleet Services, and Facilities Services. In his time here, he has earned his Master’s Degree in management, received awards too numerous to list, and secured a valuable accreditation for the County from the American Public Works Association—but this is not what fuels his passion for public service. Respect is not awarded; it is earned over years by demonstrating fairness, expertise, and that asset that somehow defies definition called “character.”

Ray’s tremendous competency, coupled with his boundless energy and enthusiasm for serving the public, make him a larger-than-life figure here in Georgetown County. His door is always open, and it is no wonder he routinely puts in 12-hour days, because no matter how busy he is, he simply will not turn away any citizen who comes in with an issue. In the evenings and on weekends, his service orientation continues: Ray is the Executive Director and Founder of The Village Group, an organization dedicated to youth development including but not limited to ACE (Aviation Career Education) and after-school academies, and the Trustee Board treasurer of Bethel AME Church. He has spoken to thousands of students at local Career Days, and actively seeks interns from underserved locales for employment opportunities. Ray is considered Georgetown’s go-to person on myriad levels in both a professional and personal context for our more than 61,000 residents. 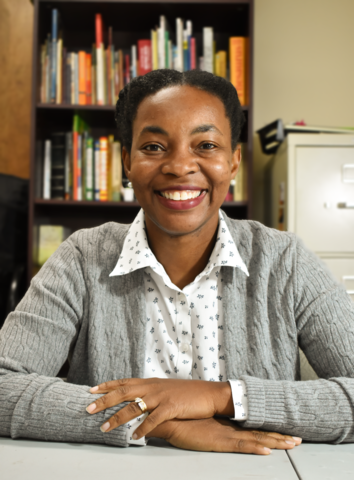 Tracy Swinton Bailey holds a Doctor of Philosophy in Language and Literacy in the Department of Instruction and Teacher Education at the University of South Carolina and is the founder and executive director of Freedom Readers, Inc., a nonprofit company dedicated to improving reading skills in low-income communities. Tracy seeks to instill in teachers, students, and the community at large the belief that every student can learn and every learner has the responsibility to pass on new knowledge to another. Her research interests involve the connection between home and school and the role that the community plays in supporting the literacy development of emerging readers and writers. Tracy also holds degrees in Secondary Education (M.Ed.) and English (B.A.) from Coastal Carolina University and the College of Charleston, respectively. She spent six years teaching high school English in a rural community and three years working as an educational consultant in urban school districts. She has received the Continuing Incentive Scholarship (2010) and the Lorin W. Anderson Dissertation Research Award (2009, 2013).

Tracy has worked as a professional development associate with The Leadership and Learning Center, a subsidiary of Houghton Mifflin Harcourt, and was an affiliate in a yearlong Nieman Foundation fellowship program at Harvard University (2013-2014) where she audited the class Sparking Social Change at the Kennedy School of Government. Tracy also worked as a Curriculum Implementation Manager with Achieve 3000, a remote instruction provider. Her teaching experience at the university level includes serving as an adjunct professor in the Spadoni College of Education at Coastal Carolina University. With the publication of Riverside Blues in 2019, Tracy added novelist to her list of achievements and is working on a second book, Forever Free, released by Other Press in 2021. When she is not writing or engaged in the many adventures that comprise her work with Freedom Readers, Tracy enjoys serving on the Waccamaw Community Foundation Board of Directors which she joined in January of 2020. She is married to award-winning writer, Issac J. Bailey, and is the mother of two wonderful children, Kyle and Lyric.

Neighbor to Neighbor of South Carolina

Communities In Schools of South Carolina

The Self Family Foundation

Director of Operations and Member Services

Director of Global and Regional Initiatives

The ARK of SC

United Way of the Piedmont 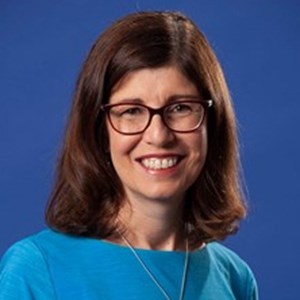